Kristyna and I were looking for an update to our logo prior our sponsorship and speaking at the Minnesota SQL Server User Group (PASSMN) in September 2020. I had worked on the last logo with some help from the graphic designers at Magenic. The logo has served me well, but wanted to continue the reboot, or is it retread, of the blog. My son, Alex Hughes, does video editing work for us at Pragmatic Works and has done some graphic design along the way. So, I asked him to do an update. Here is the result:

Thanks Alex for some great work. If you are interested or have some need for a good freelance video editor or some graphics work feel reach out to him. Here is information about him and his work.

My name is Alex Hughes and I created Northern Geek Productions as a freelance video editing and videography production studio.  I have done editing for news broadcasts, corporate videos, as well as marketing videos for a local business.  I am familiar with interview settings, vlog posts, marketing/promotional videos, and dabble in a few other area.  One of my earlier projects involved creating a new intro sequence for a new logo for Pragmatic Works, a data consulting company.  Feel free to reach out via email for any editing or video consulting needs.

It started as a vision for expanding the reach of the Minnesota SQL Server User Group a year ago. At the time, Paul Timmerman ( T | B ) and I were discussing the fact that only one user group existed in Minnesota. As we looked at other areas and talked with SQL pros from St. Cloud and Rochester, a dream was born — what if PASSMN, a large and very mature user group, helped kick off meetings in other areas? Throughout the past year, Paul has been working with Patrick out of Rochester to make this a reality. 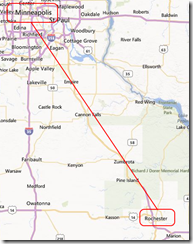 Tonight was our first meeting in Rochester. We had an awesome turn out with over twenty people attending. Everyone is already looking forward to the next meeting.

To begin with, the Rochester group will be supported by PASSMN as an extension group. The meetings are planned to be quarterly and we will be working with local and regional speakers to participate. Our hope is that the group will grow and can become a stand alone chapter. However, the goal of PASS is community and training. Whether independent or as extension group, the goal is to meet these needs within the SQL Server development community where ever we can.

Each year the Minnesota SQL Server User Group elects new board members and resets its leadership team.  I have been on the board for the past three years during which we switched term lengths to two years with staggered elections, but more about that later.

During the PASS Summit this past year I had the privilege of hosting a table during the Chapter Leaders meeting on building boards and recruiting leadership for SQL Server User Groups.  First, I have to say, leadership teams/boards come in many flavors, counts, etc.  For instance, some groups are managed by one or two people who are truly passionate about the community and really enjoy leading the groups.  Other groups, such as ours, have regular elections with as few as three and as many as eight on the board.  While I may spend more time later discussing the pros and cons of various approaches, this post is about the peaceful transition within our user group.

First a bit of history, I have worked with the Minnesota SQL Server User Group for a number of years.  We joined PASS quite a while ago but a few years after we started.  After joining we did not change our organizational structure.  We have always had a board of four or more.  We currently have six roles: Chair, Corporate Relations, Programs, Membership and Treasurer, Technology, and SQL Saturday.  We added SQL Saturday last year to have someone focused entirely on getting that program rolling, Paul (@mnDBA) did great!  I have held the Corporate Relations role and this year I was the Chair.

Prior to last year, our terms were one year.  However, we rotated the entire board at least once which is very difficult. So, starting last year, we rotate 1/2 of the board each year with terms running two

years.  What is really cool about our election process is that we are able to recruit new board members each year allowing PASSMN to take on some new ideas without issue.   We have also done a good job of mixing up members between consulting and nonconsulting members.  We also try to limit a company’s participation to one board member.  This process has been successful for years as this blend has motivated time changes, content direction and even sponsorships through the years.

Another unique part of our board election is that members are voted to the board, not to a role.  This is strategic as it allows the members to rotate roles as well as work with each other to find a good fit for them within the board.  It also means that the nominees understand that they will work with their fellow members to distribute responsibility.

That leads us to today.  We had our transition lunch 12/12/12 at 12:12. (Yes, that was the actual appointment time, and we survived.)  Once again we had a good time as volunteers reflecting on what happened in the past year, allowing the new board to select roles, and handing off insights as we have them.  And thus, it is the beginning of the end for me as a board member.

Personally, it has been and will continue to be great working with such a good group of people.  Thanks to Andy (@SQLQuill)  and Tim (@tjplas) for the time these past couple of years and we welcome Shirley (@SQLLatina), Will (@williamweber), and Mike (@SQLMD) to the board along with returning members Paul, Josh (@SQLJosh) and Bill (@billpreachuk).  I plan to continue working with the board and helping with some of their new initiatives this next year.  Let’s keep the tradition of quality and fun going.

We are less than two weeks away from SQL Saturday #149 in Minneapolis on September 29, 2012 with two preconference sessions on September 28.  In case you haven’t heard, we are having the main event on a Saturday.  Yes, the precons are on Friday this year.  Check out the details here.  I am really excited about this event as we have a great group of local, regional, and national speakers at this event.  There are nine rooms being used for this event, so go out to the site and build your schedule.

The following Tuesday, Magenic is hosting CodeMastery with a BI track at the Microsoft Technology Center in Edina, MN.  This event includes a sessions on managing the BI stack in SharePoint and xVelocity.  The other track is Windows 8 development with sessions on WinRT and Game Development.

I’m a Speaker at Both Events

Besides plugging these two awesome events on their own, I am also a speaker for both events.  Here is what I will be speaking on at each event:

In this session, I will walk through the window functions enabled by the OVER clause in SQL Server.  Come join me as we celebrate the SQL Server 2012 release of analytic functions and expansion of aggregate functionality to support tasks such as running totals and previous row values.  Thankfully, this is a demo heavy session as it is one of the last sessions of the day.

CodeMastery: Data Mining with the Tools You Already Have

The next week, I will be presenting on data mining tools which Microsoft has made available to us in SSAS and Excel.  The goal of this session is to help developers understand how to implement data mining algorithms into their business intelligence solutions.

I look forward to seeing you at both events.  They are priced right, FREE!

First, Thomas LaRock (@sqlrockstar) and Jason Strate (@stratesql) are teaming up to bring you “Choose Your Own Adventure – Performance Tuning”. Join us at the Microsoft Technology Center in Edina, MN or online for this great adventure. This adventure starts at 3:00 PM CDT. More details can be found at http://minnesota.sqlpass.org.

including the likes of Denny Lee from SQLCAT, Marco Russo, and Dejan Sarka. These sessions run through the night and will be close captioned in 15 languages, making it a truly international event.  Oh, did I also mention, I will be speaking at this as well.

Take advantage of these free training opportunities by leaders within the SQL Community.  We all look forward to seeing you at both or either of these events. 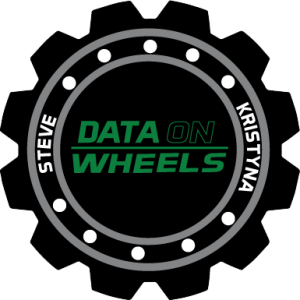 Steve Hughes is a Senior Director in the Data & Analytics practice at 3Cloud. In my current role, I am focused on growing our teams skills and capabilities to deliver data projects on Azure. This includes technical training, patterns and practice development,  industry thought leadership, and internal technical communities.